Smartphones and tablets have become the new norm in the technology market, and because of it, the future of the PC is looking bleak. With newer devices like the Apple iPad and the Galaxy Tab, and internet access on Smartphones, some consumers have had to consider whether a PC is really necessary for them at all. Of course, what a consumer is trying to accomplish with your device is the real factor here, but as tablets become more advanced, PC providers must find new, innovative ways to stay relevant in this ever-changing market. A recent study by IDC Research found that this is the second consecutive year that P.C. sales have grown less than 2%, and releases like the new iPad, upgraded smartphones and with the Galaxy Tab back on the market, the future could be uncertain for PC Companies. Big players in the past, like Hewlett-Packard and Dell, have been unable to adapt to the new market and struggles are apparent. HP hit a ten-year low in share value this year, down 45%. Dell didn't do much better, down 35% (news.com.au). So what can PC companies do to keep themselves in the game? They must be able to incorporate the newest systems, while at the same time playing to their advantages. A Few Advantages of a PC While PC companies have good reason to worry, there are some releases in the near future that may help them to evolve and adapt for better positioning in the market. Microsoft, for example, is about to release Windows 8, a new operating system that will not only boost its PC sales, but will be used in a new Microsoft tablet. The new OS will focus on touch-screen operations so it can better adapt and be used on tablet and smartphone devices as well. Microsoft also has the advantages of customer familiarity with popular programs like Word and Office. 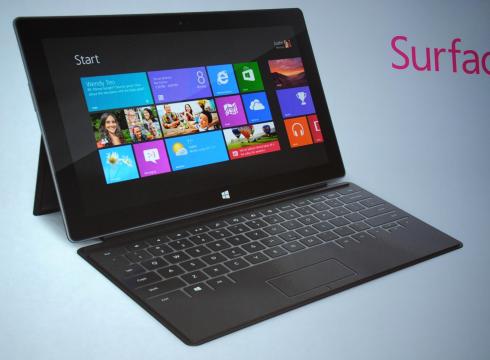 While it's unlikely that PCs will vanish completely from the market any time soon, if ever, it is very apparent that they have taken a backseat to newer technology. Companies known for making their business in the PC world must now make the decision, adapt and transition to this newer market, or face the possibility of being all-together irrelevant. Information Courtesty of: news.com.au, boston.com, pc-internet-zone.blogspot.com